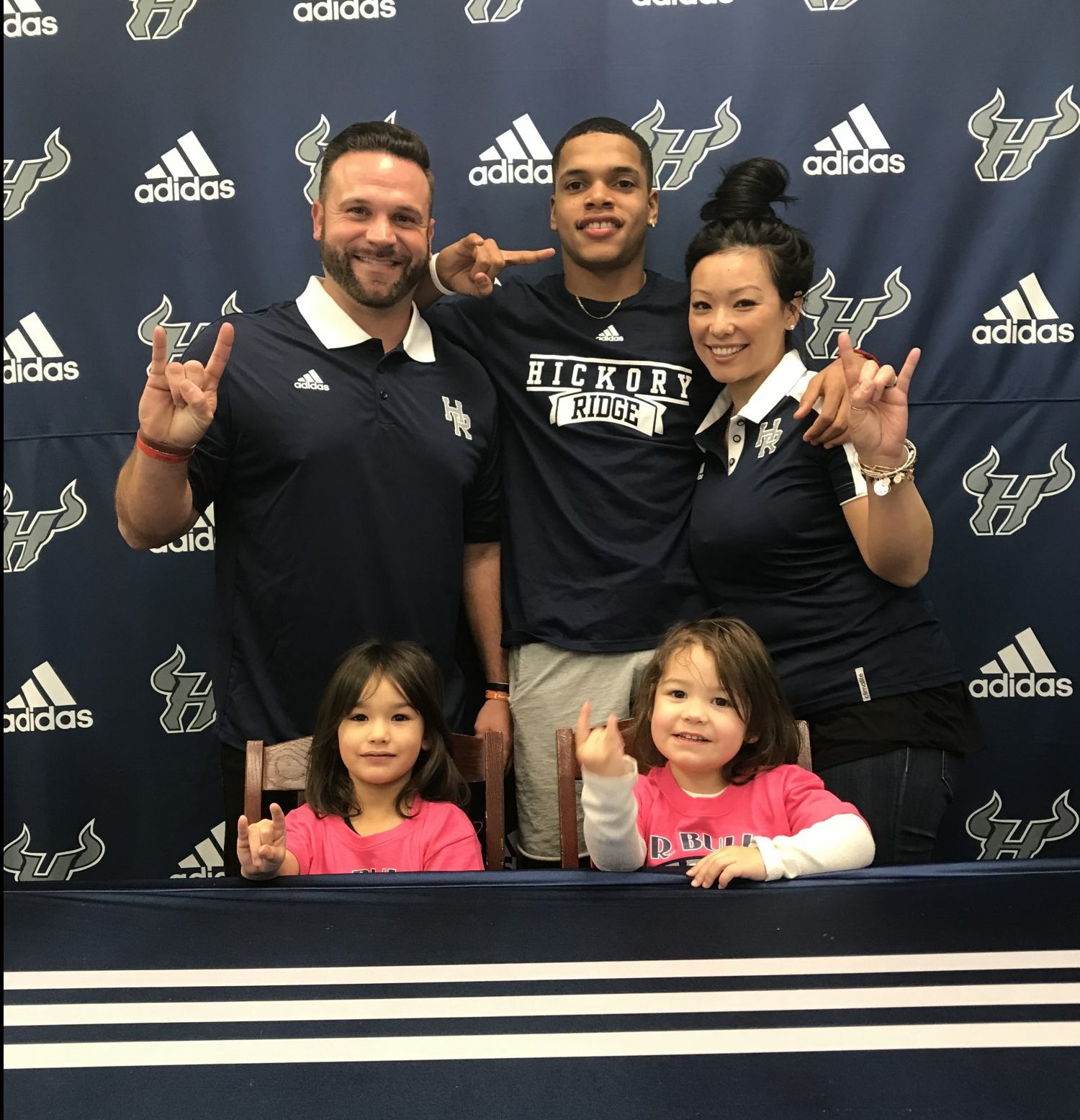 Charlotte Observer Coach of the Year 2017

Charlotte Observer Coach of the Year 2016

HARRISBURG (13 Mar 18)  – Hickory Ridge High School has named 2017 USA Today and Associated Press N.C. Coach of the Year Sam Greiner as the third head football coach in its’ 11-year history.  Greiner, who led Charlotte’s Harding University High to the class 4A state championship in December, was approved Monday by the Cabarrus County Board of Education. Hickory Ridge will hold a meet-and-greet on Thursday, March 15th at 6 p.m in the school’s gymnasium to introduce Greiner to the Harrisburg community and the Ragin’ Bulls’ players and families.

“I’m extremely excited to be here at Hickory Ridge,” said Greiner, who will begin his role with Cabarrus County Schools immediately. “There’s something special about the people, the administration, the fans, the atmosphere and the relationships at Hickory Ridge that just struck me as different.

“My family was a big part of my decision, and my wife (Connie) and children (Braheam, Charli, Journi) felt welcomed here. Family’s the most important thing, and I wanted my daughters to be in a community that gave them a loving, caring, nurturing family environment. There’s nothing better right now than to be a Ragin’ Bull. We’re assembling a staff of great assistant coaches, and these young men at Hickory Ridge should be really excited about what’s on the horizon.”

Dr. Shaun Poole, Principal at Hickory Ridge, added,  “Sam’s energetic personality is contagious, and we look forward to providing him the support he needs to make a positive impact on our student-athletes and community.”

Greiner, a 35-year-old native of Charlotte, takes over the Ragin’ Bulls program for Jason Seidel, who resigned in late January after two seasons to become the head coach at Blythewood, S.C.

“Throughout his hiring, Sam consistently made faith and family an important part of the process. It was important to us that we find that type of coach to serve as the leader of our program.  Sam’s history of inspiring young adults to do extraordinary things during his time in the CMS system speaks for itself, and we look forward to celebrating his team’s successes here at Hickory Ridge. It’s a great time to be a Bull.”

Greiner spent the past three seasons as the head coach at Harding University High where he went 1-10 in his first season, following that up by leading the Rams to their first playoff berth since 2010 with a 5-7 record.  In 2017, Greiner capped off an amazing turnaround at Harding when his 14-1 Rams defeated Scotland County to win the school’s first football State Championship since 1953, earning Greiner statewide coach-of-the-year honors.

“Those kids at Harding will always hold a special place in my heart,” Greiner said. “We achieved a great thing together, and no one can ever take that way. I’ll always have a special relationship with those guys. It’s not necessarily goodbye. It’s more of a ‘see you later.’”

Prior to Harding, Greiner also spent time as a defensive coordinator at Vance and a defensive assistant coach at Olympic and Butler.

Greiner graduated from Butler High School in 2000 before beginning his college career at Western Carolina. Greiner transferred to Catawba where he played DB, WR and LB under head coach Chip Hester, earning the team’s captain title for two seasons. Greiner played professional arena football for three seasons with the Carolina Speed as the team’s running back from 2008-11.

HIckory Ridge, a member of the Southwestern 4A Conference, has won 55-of-79 games since 2012, including a South Piedmont Conference Championship in 2012 under Marty Paxton. The Ragin’ Bulls advanced to the 3AA Western Regional final in 2016 under Seidel, losing to Weddington to end the team’s deepest playoff run. Last season, in their first year as a 4A school, Hickory Ridge lost to Vance in the third-round of the NCHSAA playoffs.

The Ragin’ Bulls kick off their 2018 season on August 17th at Concord.