It's all gas, no brakes' for Central Cabarrusin runaway victory

BOYS BASKETBALL: It’s ‘all gas, no brakes’ for Central Cabarrus in runaway victory 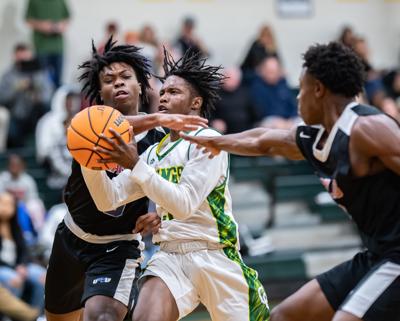 CONCORD – The Central Cabarrus Vikings boys basketball team was running at a high rate of speed the entire game, speeding away with a 94-75 win at home over the West Craven Eagles on Tuesday.

As Central Cabarrus point guard Da’Jon Johnson described the game, it was “all gas, no brakes.”

“I think the biggest thing is that we share the ball and get up and down the court,” said Vikings coach Jim Baker. “Our top seven (players), I let them take off with it. We’re not coming back and getting the ball to our guards. We’re going.”

In the first quarter, the Vikings implemented a frontcourt press, creating 13 turnovers, 10 being steals. In the last four minutes of the quarter, they had eight steals in 10 Eagles possessions and went on a 12-3 run. Ten of those 12 points were scored off turnovers.

“Coach told us from the get-go that we are going to start pressing on teams,” said Johnson. “(West Craven) didn’t have any certified ball handlers, and that helped us create steals.”

The Vikings were up 27-11 after the first quarter, and they followed the same blueprint in the second quarter to push their lead to 58-28. This time, they out-did themselves, forcing 15 turnovers, 12 being steals.

Each West Craven possession almost became predictable. The Vikings defense created a trap, Teveon Glover stole the ball and dished it to Jaiden Thompson, who would score. The next possession, it was trap, Thompson steal, dish to Christian Cornish, who’d score. That sequence happened continuously. The only thing that changed was the players doing the damage.

“It’s percentage press,” Baker said. “We wait until they make a mistake. We did a nice job of running through passing lanes and cutting people off.”.

By halftime, seven different Vikings had a steal, 11 different players scored, and they combined for more than 20 assists.

“We’ve got a lot of athletes on the team, so our style is to get it and go,” said Glover, who had a team-high eight steals.

Baker mentioned that the third quarter has been their Achilles' heel this season, and that continued in this game. Central Cabarrus pushed its lead to as much as 33 points, but West Craven went on a 16-4 run to cut the deficit to 21 points, 71-50, heading into the fourth. 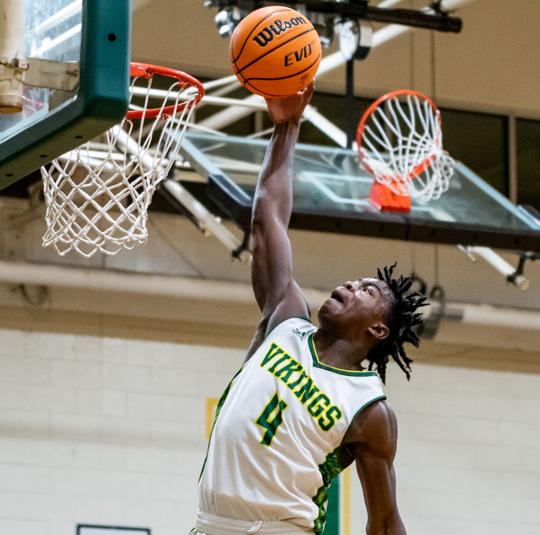 The Vikings went back to their frontcourt press, creating more turnovers and steals, keeping the Eagles at bay for the rest of the game.